Replacing a Commercial Engine Can Be Very Costly

If you are having issues with your commercial truck's engine, then you could be looking into a replacement. After all, you might assume that replacing your truck's old and faulty engine is your only option for getting your truck back on the road. However, you might be worried about doing this, since as you might already know, replacing a commercial engine can be very costly. Rebuilding a commercial engine comes with its costs, too, since you have to pay for the parts that are replaced along the way, and since you have to pay for the skilled labour that a technician has to put in on the project. However, engine rebuilds are usually much cheaper than replacements.

A Rebuilt Commercial Truck Engine Can Last a Long Time

If you are wondering whether or not it's worth it to rebuild your commercial engine, one thing that you could be curious about is just how long your engine will last after having this done. A newly rebuilt engine can last for many kilometres. You might find that you can get years' worth of use out of your rebuilt commercial truck engine.

You May Enjoy Improved Performance

If you have not had any major issues with your commercial truck's engine, you might not have thought very much about having it rebuilt. After all, you might not think it's necessary until you start dealing with issues with the engine. However, you should be aware that even if your truck still runs and even if the engine doesn't seem to have major problems, you might not be getting the best performance out of an older truck engine. For example, your truck engine might be using more fuel than it should, which can get very costly when you keep your truck on the road all the time. Once your commercial truck engine is rebuilt, however, you can enjoy a like-new performance from it. 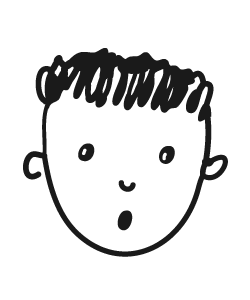 If you own a commercial truck, then you should pay …

What is the first thing that comes to mind when yo …